Joe started his initial career in the pharmaceutical industry. He first worked in R&D, then as a manager, and later, entrepreneur in manufacturing, distribution and service industry settings, which became less appealing when his mid-life crisis started without him. He went back to graduate school, became psychologically trained, and discovered new depth and meaning working with people and systems in crisis, when he became a clinical psychotherapist. Helping individuals, families and organizations, navigate significant life change, and cope with critical incident and post-traumatic stress became his forte.

The source of his expertise is his broad, diverse business experience along with his knowledge of psychology from his clinical training and experience and an understanding of human behavior. Joe's background provides a unique framework for him to partner with and support and challenge his clients to grow. His ability to facilitate transformational change comes from understanding the complexities that influence or block performance, and recognition of the factors and variables that drive behavioral change, and influence and predict behavior.

He learned to deal with the challenges of working in organizational settings including more than ten years in the Borg-Warner organization, a multinational company, where he held many roles, advancing through increased P&L responsibilities at line, business unit and corporate executive management positions.  He was, as the Chief Learning Officer and Talent Management Leader, a change agent for a large diversified services firm of 75,000 employees, while focusing on reengineering large system change, working to develop talent and improve People Strategies - he also discovered he had become a consultant.

Joe has two graduate degrees in behavioral sciences. He lives on Long Island with his wife Rose, enjoys cooking and company, collects dwarf conifers and rare plants, loves his garden and spending time with his grandchildren. 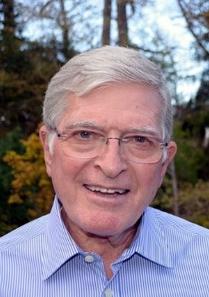